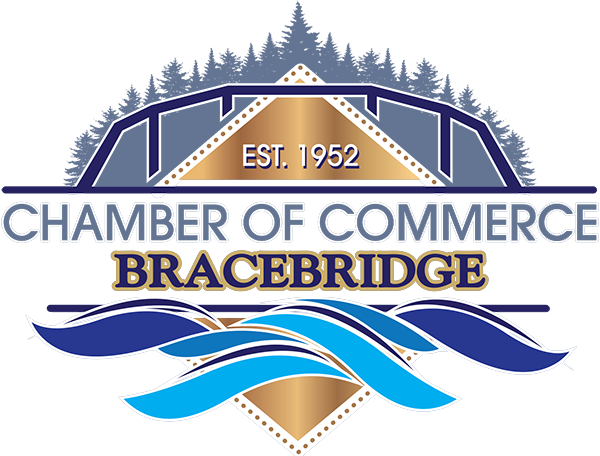 0
Product was added to your cart

A diversified past, a bright future.

On June 5th, 1874 the Municipal Council of the County of Victoria passed a bylaw numbered 162 intended ” … to erect the Village of Bracebridge and neighbourhood into an incorporated Village … “, and a new Ontario municipality was born. The settlement in Bracebridge was first known to the explorers and earliest settlers as North Falls and received its name Bracebridge as a Post Office in 1864. It’s name was derived from a book called “Bracebridge Hall” written by American author Washington Irving.

Bracebridge had become the focus area for development in those early days because of the extremely important ability of the hydraulic power, provided by a number of spectacular water falls in the immediate area, to run the wheels of industry. Development opportunities were further enhanced by the superb access to the great lakes of Muskoka provided by the Muskoka River. The two branches of the Muskoka River, the North and South, meet in Bracebridge and drain a combined watershed that extends as far north and east as central Algonquin Park.

It was in 1859 that the first settler, John Beal, came to Bracebridge and built his rudimentary log shanty on the east side of what is now known as Manitoba St., just north of Ann St., the main business area of this busy community. Why he choose that site is unknown because he must have endured climbing several steep, densely wooded ravines to get there. He was followed shortly by David Leith and James Cooper who had been contracted to clear the colonization route called Muskoka Road, and the settlement of North Falls had begun.

From the very start Bracebridge was blessed with settlers of great entrepreneurial spirit, probably because it would have taken that type of individual to succeed in what was then a rugged and difficult land. The hardships they had to face must have been incredible. They truly deserve the most serious appreciation and respect.

It wasn’t long before things started happening. The Alexander Bailey sawmill, a grist mill, Victoria Hotel, Harvie Line of Royal Mail Stages,The District Exchange Store of John Teviotdale, Hiram James McDonald’s store and Royal Hotel, James Cooper’s Hotel and Thomas McMurray’s newspaper The Northern Advocate were among the first business ventures; all supporting a thriving lumbering industry attracted by the huge pine, hemlock and hardwoods dominating the landscape and which were in such demand by shipbuilders, especially in Britain.

From the very start Bracebridge was blessed with settlers of great entrepreneurial spirit, probably because it would have taken that type of individual to succeed in what was then a rugged and difficult land.

The Bird Woolen Mill, Beardmore Tannery, the Anglo-Canadian Leather Co., Muskoka Linen Mill, J.D. Shier Sawmill, Singleton Brown Shingle Mill, Marble Works, and many others all settled in Bracebridge within a short period of time and steered the community into the leadership of Muskoka commerce that it still enjoys to this day.

There have been many celebrations in Bracebridge since those early days, the earliest being a community picnic celebrating of the Confederation of Canada on July 1st, 1867 when a number of street were named in honour of the event, such as Dominion St., Ontario St. Quebec St. and Manitoba St.. The most recent being in 2000 when Bracebridge celebrated its 125th anniversary of incorporation.

Like most small Ontario communities, two world wars and the depression took their toll on business development in Muskoka. Bracebridge fared better than most though because of the growth of tourism, particularly that of the grand hotels that appeared along the shores of hundreds of picturesque lakes that surrounded the community. The big lake steamers like the Islander, Seguin, Sagamo, and many others, flourished as they majestically plied the waters of Muskoka Lake and the Muskoka River, adding a romance unavailable anywhere else.

Bracebridge, Ontario offers a simple yet fulfilling lifestyle opportunity with all of the conveniences found in a large urban centre while providing access to a natural and rural environment.

As tourism interests changed from the grand hotel focus to that of private cottage ownership, made possible by better roads and automobiles, the big boat era slipped away and Bracebridge turned its attention to attracting a more diversified, year around economy.

Through strong leadership and hard work a number of multinational manufacturers decided Bracebridge was where they wanted to be. Rockwell International, Alcan Wire and Cable, Alcan Foils, Coming Glass, Fanotec, and service industries like Fowler Construction, Muskoka Transport, Muskoka Containerized Services, and others, brought stability to the local economy in the 50’s and 60’s; joined later by Scandura, Dura Automotive, Forec, and the Crown Group.

Such a boost as this to the local economy resulted in rapid expansion of the retail and service industries in Bracebridge and made it the destination business area for Muskoka.

Starting from, and in spite of, a very challenging area consisting of rocks, trees and water the early settlers of Bracebridge persevered through thick and thin. The entrepreneurial spirit lives on today, with the result that Bracebridge residents enjoy the highest family income and one of the lowest assistance caseloads in all of Muskoka.

The future for Bracebridge looks as bright as its origin was difficult.

The Town’s population according to the 2006 Census is 16,000 people and the community is continuing to expand.

Excerpts from “A Good Town Grew Here” and “A Good Town Continues”, submitted by local Historian Kenneth Carman Veitch. For more information about the history of Bracebridge or to purchase one of Ken’s books visit www.bracebridgemuskokahistory.com and click on Published History. 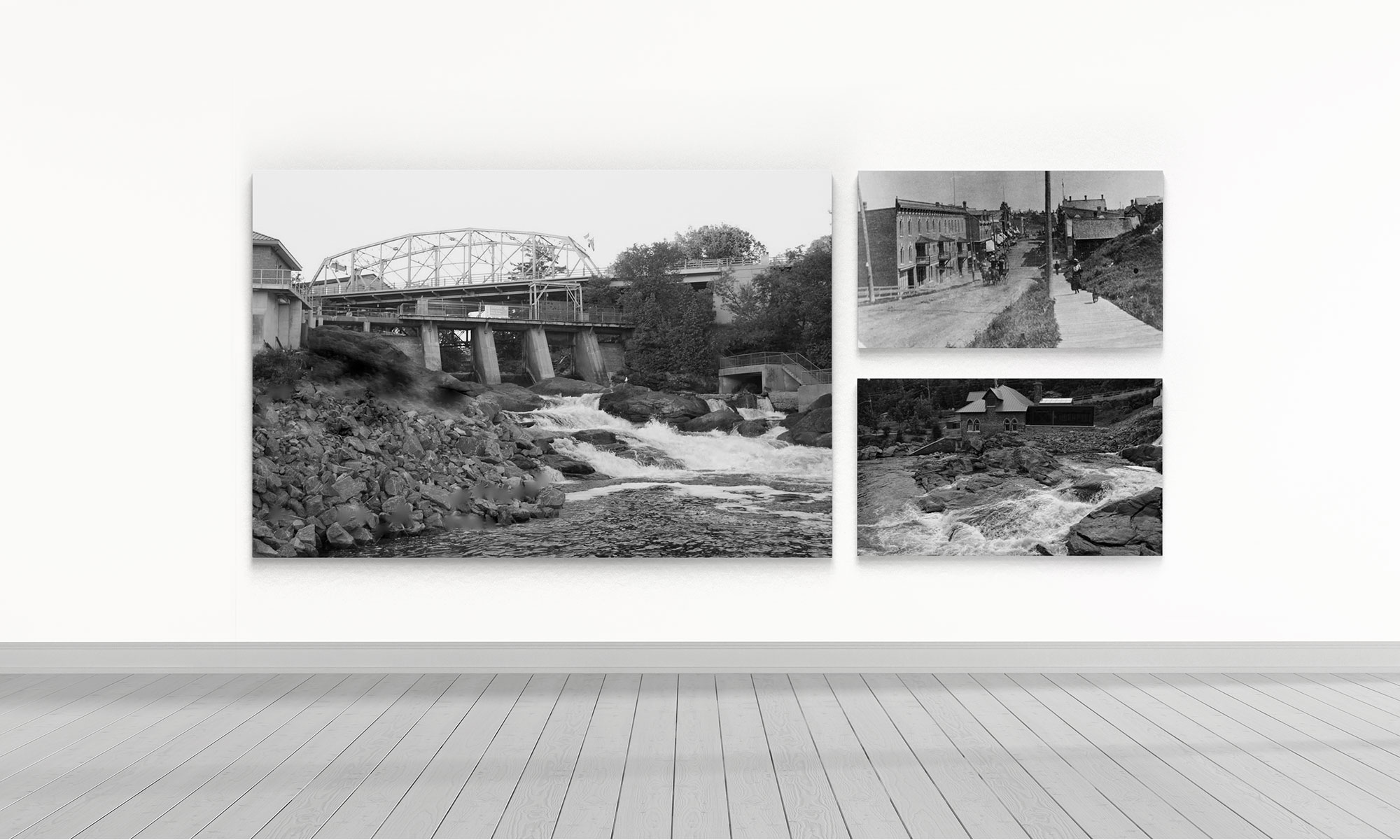 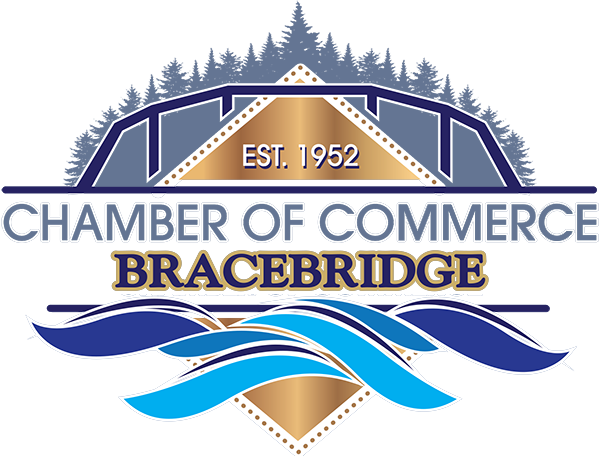